Davagh Dark Sky Observatory – Stargazing not far away from The Shepherds Rest.

2020 will bring a whole new star-gazing experience to Mid Ulster, when a Dark Sky Observatory and Visitor Centre opens at Davagh Forest, near Cookstown. Davagh has one of the ‘darkest skies’ in Ireland, which means there is so little light pollution that there are crystal clear views of star constellations. The new centre will give visitors a unique opportunity to experience the night sky as it is rarely viewed – and as it would have been seen centuries ago by our ancestors. Combining the latest tech, from holographic installations to virtual reality headsets with colourful, accessible interpretation panels and hands-on activities, visitors to the centre will be able to explore our solar system from our sun and moon to our stars and the planets. The centre piece of the space will be a star-gazing telescope, opening up the opportunities to view the night sky without light pollution and establishing Davagh as the only official ‘dark sky’ reserve here.

To be sited close to the ancient Beaghmore Stone Circles, at the foot of the Sperrin mountains and in an Area of Outstanding Natural Beauty, the observatory is at the heart of a rich landscape of substantial archaeological and cultural significance and a history which spans millennia.

Why Not Stay at The Shepherd’s Rest ?

How to find the North Star

The North Star (‘Polaris’) is a star a little hotter than our own Sun. It lies almost exactly above the Earth’s North Pole, so remains in place as the Earth rotates. Sailors have used it to navigate for centuries. The Plough is shaped a bit like a saucepan. If you draw an imaginary line from the two stars furthest from its ‘handle’, it will direct you to the North Star.

Once you have learned to identify The North Star, you can begin your journey as a Natural Navigator and use it as a pointer to discover other constellations. Take a look at our Stargazing and Constellation links to find your way around the night sky.

Circumpolar Constellations – as the name suggests, these star groups circle the Celestial Pole – the point on the sky directly above the North Pole – and never set. For that reason they are constantly visible (from the Northern Hemisphere).

Polaris – The Pole Star provides a good way to find North. Check out how to find Polaris using pointer stars in our guide.

Cassiopeia – Look out for the group of stars forming a giant “M” or “W” (depending upon time of year). Cassiopeia is the vain & boastful mythical Queen of Ethiopia.

Ursa Major – Latin for “the Great Bear”, this well-known constellation includes the seven stars that form “The Plough” (also referred to as “The Big Dipper”).

Ursa Minor – Polaris marks the tail end of Ursa Minor, “the Little Bear” (also “The Little Dipper”). The two stars at the other end are Kochab and Pherkad and are known as Guardians of the Pole.

Stars in the southern sky change with the seasons:

Leo – In Spring, look for a group of stars in the shape of a reverse question mark. This is the head of the constellation known as Leo (the Lion).

Cygnus –  ‘the Swan’ appears to be flying down the Milky Way. Look out for the Summer Triangle too – a formation of 3 bright stars; Deneb, Vega and Altair.

Pegasus – the legendary winged horse is prominent in the Autumn. The body of Pegasus is formed by the Great Square. Despite its large size, there are relatively few stars in Pegasus compared with other constellations.

Andromeda – Just beside Pegasus is our nearest large galaxy – Andromeda. It appears as a fuzzy stretched blob in the constellation of Andromeda, yet it is roughly twice the size of our own galaxy and is 2.5 million light-years away!

Orion – In winter months, Orion ‘the Hunter’ from Greek mythology is prominent. His belt is easy to spot – formed by 3 bright stars. 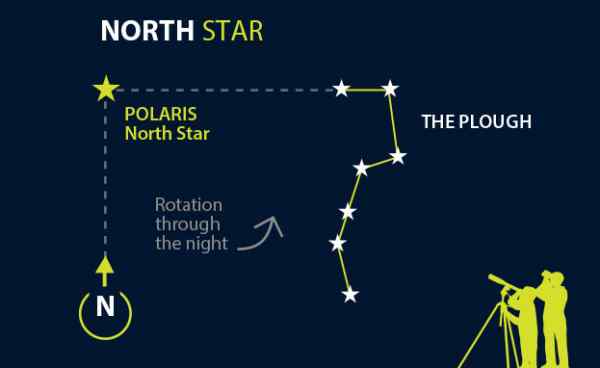 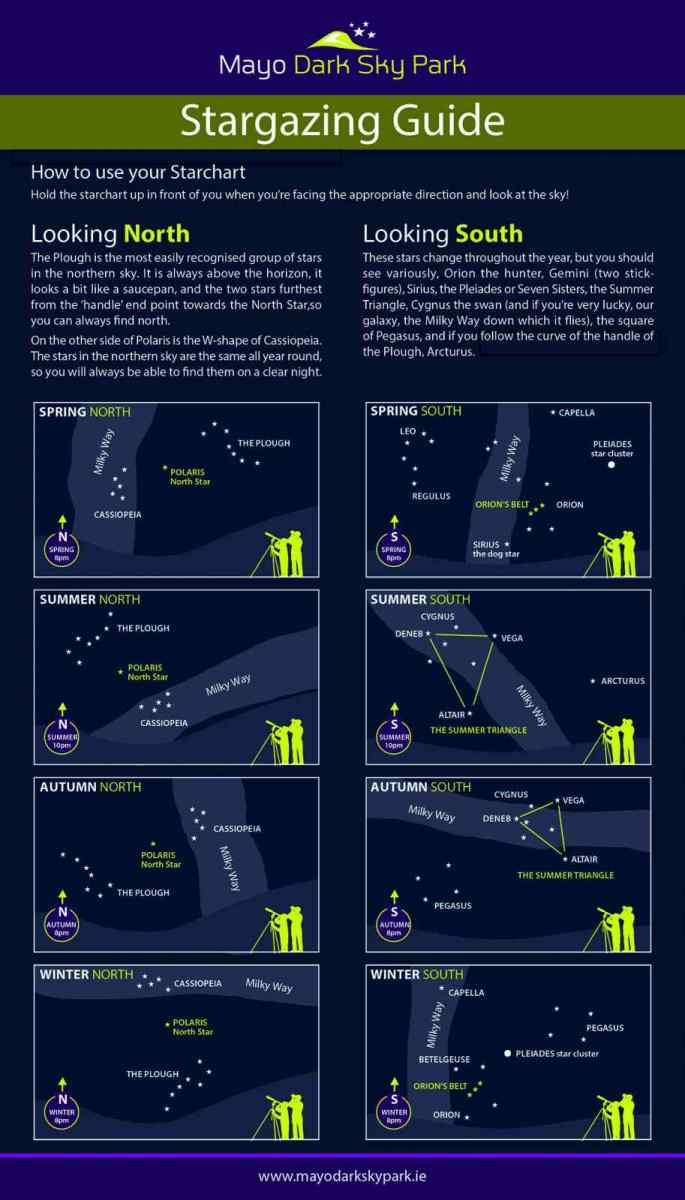 What are they? Simply put, they are our Earth-based interpretation of star patterns in the sky.

The ancient Greeks attributed mythical characters to many of the constellations we know today, and the brightest stars in a constellation are normally given Greek alphabet letters. The star names, on the other hand, are mainly Arabic.

Every culture around the world has created their own stories and legends about the shapes they saw in the sky. In 1930 the International Astronomical Union set official boundaries on groups of stars and recognised 88 constellations across the north & south hemispheres.

Asterisms are smaller groups of stars that may be part of one or more constellations. They are typically well known groups such as The Plough (part of Ursa Major) or The Summer Triangle (a combination of stars in three different constellations).

Test your knowledge on some of the popular constellations with our Constellation Art download.

Learn to spot the best known constellations in the sky, identifying their shapes with our constellation drawings.

Take a good look at the shape and pattern of the stars and see if you can identify the same shape in the sky at night. Can you see more stars or less stars? The more stars you see in the constellation, the less light pollution you have in your area (and the darker your skies are).

For example, when Orion rises over the Ballycroy skies in Winter, we like to think of him as representing our own legendary giant – Daithí Bán. Who knows what stories are ancestors here created when they saw this giant in the night sky?

Let your imagination wander as you learn about the patterns of stars forming constellations and the legends and myths that have been attached to them over thousands of years. 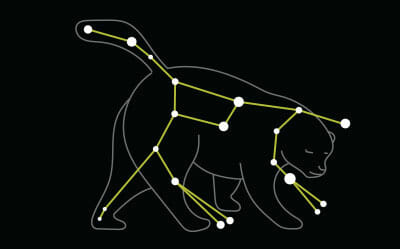 When can you view? All year round in the northern skies. Ursa Major is Latin for ‘Great Bear’. It also contains the famous asterism known as ‘The Plough’ or ‘Big Dipper’ containing seven stars – two of them (called ‘the Pointers’) point the way to the North Star (Polaris).

Mythology – There are both Greek and Roman myths about Ursa Major. A Roman myth involves Ursa Major and the nearby constellation of Ursa Minor (the ‘Little Bear’).

A beautiful maiden, Callisto, was hunting in the forest, but grew tired and laid down to rest. The god Jupiter noticed her and was smitten with her beauty, which made his wife, Juno, extremely jealous, so she turned Callisto into a bear. Some time later, Callisto’s son, Arcas was also turned into a bear. To protect both mother and son, Jupiter took both bears by their tails and swung them up into the heavens to live there forever – this explains the length of the tails, which are much longer than usual! 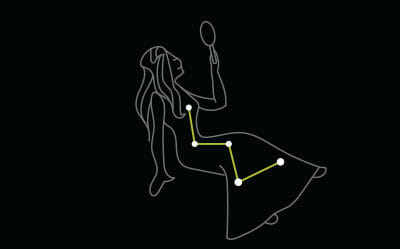 When can you view? – All year round and known as a circumpolar constellation (i.e. it circles the North Pole star.)

Mythology – In mythology Cassiopeia is the vain and boastful Queen of Ethiopia and wife of ancient King Cepheus. She insulted the Nereids (sea nymphs) by boasting she was more beautiful than they. To avenge the insulted Nereids, Poseidon, god of the sea, sent Cetus the whale monster. Cassiopeia chained her daughter Andromeda to a rock as a sacrifice for the monster. Fortunately the hero Perseus rescued her on his way home from slaying Medusa.

When can you view? – In spring skies this is a familiar constellation. Look out for the ‘backwards question mark’ to help identify the head of the Lion. The bright star at the bottom of the figure is known as Regulus.

Mythology – Leo is known as a Lion across many cultures. It is also a constellation in the zodiacal calendar as the Sun moves through the constellation in the summer months. The Greeks believed that Leo represented the lion that stalked and devoured the people of Nemea. Its skin was said to be impervious to all weapons and no ordinary man could kill it. Hercules took on the task and was unable to pierce the skin of Leo but eventually used his great strength to choke the beast to death. He then skinned it with the lion’s own claws and donned the pelt. 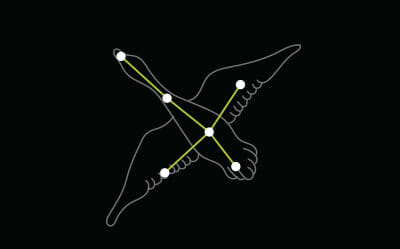 When can you view? – Cygnus is a major constellation in the northern hemisphere summer skies. It is best viewed from June to November. Cygnus is easy to find as its cruciform shape is also known as the Northern Cross and appears to be flying down the middle of the Milky Way. Cygnus contains one of the brightest stars in the night sky – Deneb (also the corner star of the Summer Triangle asterism).

Mythology – Cygnus (the Swan) has been associated with several myths. A Greek myth is that Cygnus represents the bird into which Zeus (King of the Gods) transforms himself in order to seduce Leda, Queen of Sparta. Another myth is that Cygnus represents tragic Greek hero Orpheus, who was murdered for refusing to honour Dionysus. He was then transformed into a swan and placed in the sky. 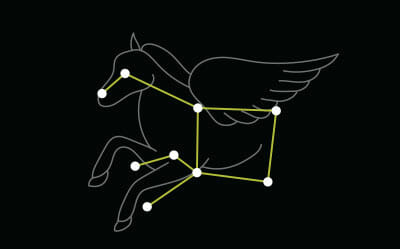 When can you view? – Pegasus is best seen from August to October and can be easily identified by its four stars that form the “Giant Square of Pegasus”. The constellation Pegasus was listed by the Greek astronomer Ptolemy in the second century AD.

Mythology – Pegasus was known as the winged horse in Greek mythology. The Greek word “Pegazo” means “to spring forward” and legend says that Pegasus was created when the winged horse leapt from the neck of Medusa the gorgon when Perseus cut off her head. Other stories say Pegasus originates from Poseidon mixing the blood of Medusa in the sea to create a Pmagical pure white stallion in honour of his love. 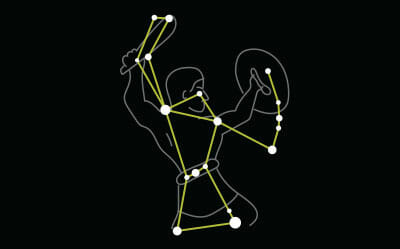 When can you view? – During Winter and Spring

Mythology – In Greek mythology, Orion was a mighty giant and hunter who boasted that he could slay any creature on Earth. There are many legends of his special powers such as walking on water, and various stories of how he was killed.

One story is that Diana, the archer-goddess with whom Orion was a favourite, was tricked into firing the arrow that killed Orion. The story goes like this… Apollo, her jealous brother, observed the giant Orion wading through the sea with his head just above water and challenged Diana to hit the black island in the distance. Diana took fatal aim and discharged the arrow, killing her beloved Orion. As recompense, she then pla